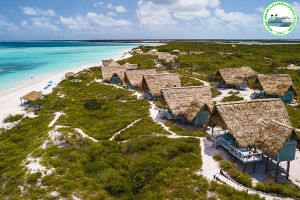 A Legendary can be defined as a very well known person, famous, remarkable enough to be idolized someone who leaves behind an unforgettable impression. People come together on accord, on Island been discovered by a legendary by the covenant of oneness and mercy from above.

Deuteronomy 7:9 – “Know therefore that the LORD thy God, he is God, the faithful God, which keepeth covenant and mercy with them that love him and keep his commandments”. The reality of their existence focused on the war to establish the kingdom of God here on earth.

To prove the goal of their God-given destiny to the world, the citizens of Virgin Island are also known as “ISLANDERS”.

“What man is he that feareth the LORD? He shall he teach in the way that he shall choose. His soul shall dwell at ease, and his seed shall inherit the earth”.

An island or isle is any piece of sub-continental land that is surrounded by water. Very small islands such as emergent land features on atolls can be called islets, sherries, cays or keys. An island in a river or a lake island may be called an EYOT or AIT, and a small island off the coast may be called a hoe site.

Virgin Island is associated with the unlimited domain of untapped resources.  As a Christian, you ought not to be static as heaven is dynamic so also every Christian entity, gospel, Pentecostal churches, Presbyterian and other missionary establishments. Let’s go out for a mission!!Let’s discover the coastal and virgin island!

If not burning passion and zeal for discovery by Greco Battus an ancient legendary of MALTA. MALTA would have lay in waste. The virgin island called Malta was situated between Italy and Tunisia. The Isle covers a very small Nation. But today, by the grace of God is an independent Nation located in the center of Mediterranean.

Brethren, Religious Leaders, missionaries, we are the ambassador of God on Earth. The potentiality that lays Fallow in us, let’s go out and make use of it. It doesn’t matters who you are or how you started. Let’s convert our global community to a socio-economic region for the comfort of the saint.

THE NEXT BIG PERSON IS IN YOU:

We are Christians. The word Christianity emanate in Antioch of Pisidia. Act 11:26 – “And it came to pass, that a whole year they assembled themselves with the church, and taught many people. And the disciples were called Christians first in Antioch”.

The undeniable fact, human life is dominated by multinational potentials. My person is different from your person.  Ability to turn these neither resources nor potential into production that will give it economic values made you the next big person in your generation.  Value ushers in integrity. If the value is missing there wouldn’t be any existence of integrity.  He created nature for human benefit. In Genesis 1:26, God gave us anointing to dominate.

In the ancient Virgin Island, the discoverer becomes the legendary of that ancient virgin Island. From the level of infamous to famous, the profound and intimate experiences of a man in the world, in & out of the world give you an insight into;-What will I do to become a power to reckon with in my generation?

Jabez long term suffering and hardship, elongation of the moment of bitterness made him make a U-turn and turn to God.

“Now Jabez was more honorable than his brothers, his mother called his name Jabez, saying, because “I bore him in pains.” And Jabez called on the God of Israel saying, ‘Oh that you would bless me indeed, and enlarge my territory, that Your hand would be with me, and that You would keep me from evil, that I may not cause pain.’ So God granted him what he requested”

Jabez was the most famous among his brethren. Our orientation has a Christian must add value to the society and give life a new meaning. So the ancient belief that Ministerial job is for the lazy ones. The ignominy of the past becomes things of the past.

RESOURCEFUL LEGENDARY OF OUR VIRGIN ISLAND:

In Every generation a vision carrier is born. His filmmaker, movie director and the same time an actor. Life is like a stage play, vast in stage Management, a born orator, erudite preacher, God sent Jesus of his generation, born leader. God will send him to people that share a common goal with him. They work both day and night to discover their Virgin Island. He became the king of the Virgin Island.

A LEGENDARY OF HIS GENERATION:

As a Christian, we need to discover our Virgin island to be concise and objectives, let’s go and build a Virgin Island. The community of God’s people, in Revelation 21:3 – And I heard a loud voice from the throne saying, “Look! God’s dwelling place is now among the people, and he will dwell with them. They will be his people, and God himself will be with them and be their God.

This is one of the vision, dream, and aspirations of Divine Ark of Salvation Gospel Ministry Inc. (Prophet Olumuyidele Daramola Felix).  Burning zeal to build a community of God called Dasagom Atlantic Virgin Islands on a Virgin island which he has been working relentlessly for the manifestation of this great vision over a Decade. I have been on different islands and have seen the aquatic nature of God which is instrumental to praises and worship. All that I am saying God of Divine Ark makes me a legendary for the Dasagom Virgin Islands.

We are a pencil in the hands of our creator. Human wants are insatiable. Exploration and resourcefulness become a contextual analysis. The object of this subject is that the world has become the survival of the fittest. As a Christian we are the Dynamo that powered energy, a light unto the gentiles. Hence, there’s a need to take a bold action of exploring an unfamiliar area in our Virgin Islands. Thorough Examination of resources that will develop or create an impact which will envelop our great commission to a ministry that is capable of contesting with global challenges.

This will propagate the name of God to the world. So many resources laid waste on the Island; we are not Esau but the Israelites of our generation. Mark 1: 28 – “And the news about Jesus spread quickly through the whole region of Galilee”

John 15:1-3 – I am the true vine and my Father is the gardener.  He cuts off every branch in me that bears no fruit, while every branch that does bear fruit he prunes so that it will be even more fruitful. You are already clean because of the word I have spoken to you”

Christians let’s go and tap the untapped resources. Let’s explore every legit avenue that will yield dividends to the body of Christ. So dear brethren we are not wood, we are not stone, we are not retarded elements. Man is born to yield dividends as unto the Lord. God is a grand designer. The hypothesis that establishes the world on a deep ocean also makes man the image of God; so that we can have a dimensional level of creativity.

This is an additional factor for building a well enabling and a resourceful Christian society on a Virgin Island.

LEAVE A REPLY ABOUT THIS ARTICLE:mailto:daramolaolumuyidele@gmail.com

Yet to all who did receive him, to those who believed in his name, he gave the right to become children of God.
John 1:12
DailyVerses.net